Up and coming rapper subject of new graffiti mural in town

A large graffiti mural depicting a Northampton-based musician has appeared outside the Grosvenor Centre, close to the site of the old post office.

The work, created by a local street artist, portrays the Northampton-based female Grime rapper FFSYTHO, who is currently being promoted by BBC 1xtra radio station.

The vivid mural with FFSYTHO’s face at its centre, surrounded by the colours of the Jamaican flag, can be found on the outdoor walkway leading to the upper level entrance of the Grosvenor Shopping Centre, close to Costa Coffee.

Along with her musical talents, FFSYTHO often speaks up about mental health, as well as championing the LGBTQ community and her hometown.

The unnamed graffiti artist describes her as a strong, black female role model, and a very credible musician, with strong links to Northampton. He hopes that his prominent image captures her character and promotes the town.

FFSYTHO said: “I’m Northampton born and bred, so it means the world to me to have a dedicated mural and know that all different kinds of people appreciate the artwork and the gesture. Above all, I’m just super grateful to be acknowledged!

“I hope the mural is a catalyst for other pieces of graffiti art, which can breathe some life back into these semi-derelict spaces.  I recorded my debut visuals in the subways around the old bus station, which has helped many people to recognise Northampton.

“I’ve always been passionate about my music, but I was never brave enough to broadcast it. The support from Northampton’s music scene changed that, and I’ve gone from rapping at my windowsill, to being played on BBC Radio Introducing, to my music now reaching listeners around the world.

“I aim to show that female artists can be Grime rappers and that the genre is very much still alive and kicking. It’s been amazing collaborating with people in the local music industry, including graffiti artists- I’ve discovered a beautiful community, full of vibrant energy and crazy ideas!”

The mural builds on the Wall Games street art project, which took place in Northampton for the first time last year and saw over 100 street artists come together, to create a range of colourful murals.

The project, supported by Northampton Borough Council, transformed over 100 walls around the town centre and St James’ Retail Park into bold and bright murals celebrating street art and the town’s diverse culture.

Northampton artists Dpendz, Leanne Conroy, Binty Bint, Selometric Art and Ruelo created many works, alongside leading artists from further afar, such as Tizer, Pad303, Kak, This One, Jim Vision, Posea, and Boaster, to name but a few.

Councillor Anna King, Cabinet member for community engagement and safety, said: ““FFYTHO puts the town on a global stage with her musical talent and really highlights the diversity of Northampton’s music scene, communities and culture. Plus it’s great to see such high-quality graffiti art cropping up around the town, brightening drab and forgotten spaces.

“We’re trying to find other suitable walls which could be painted with more local heroes and continue to build on the already impressive collection of graffiti art in and around the town centre, largely as a result of last year’s Wall Games, which we hope to repeat this year.” 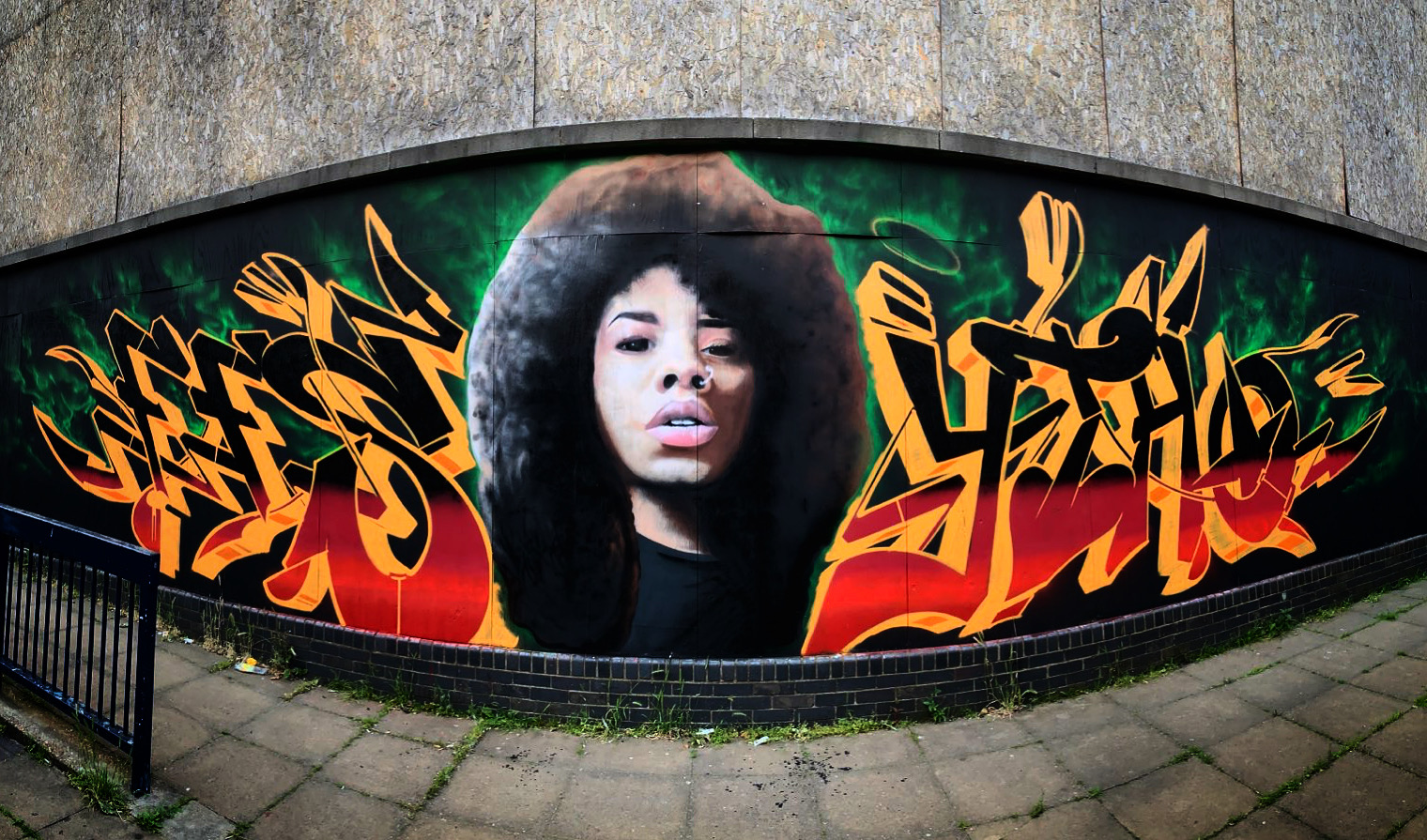