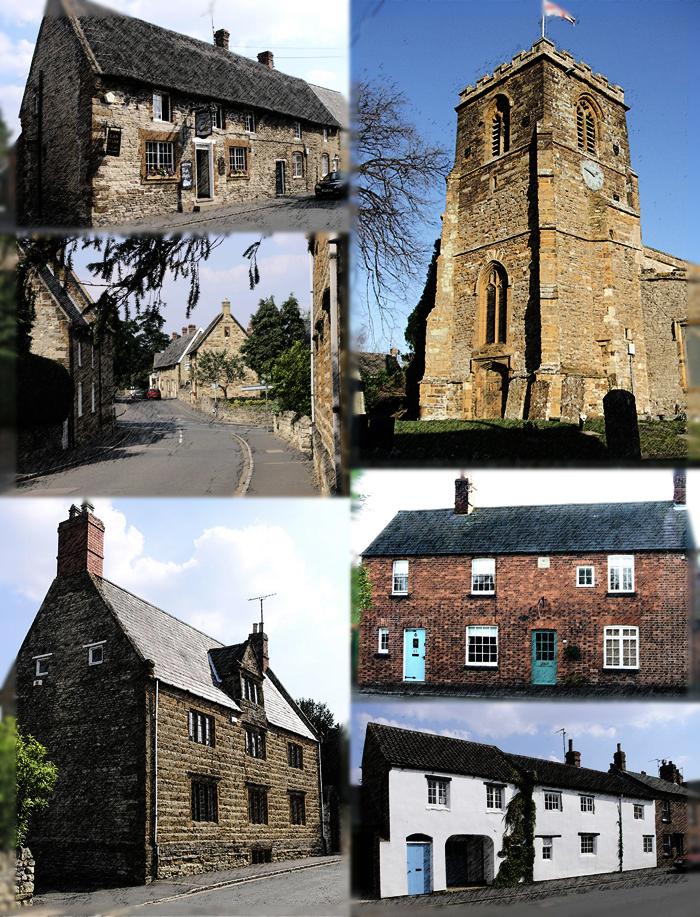 Collingtree village lies approximately 3 miles south of Northampton town centre, near Junction 15 of the M1 motorway. The modern residential areas that are the result of Northampton’s continuing expansion now surround much of the historic core of this settlement. Nevertheless, it remains separate from the encroaching development and retains its village character.

Most of the villages around Northampton appear to have Saxon origins. Collingtree's name is open to interpretation, and may point to earlier settlement. One derivation is from “Cola's tree”, after a Saxon leader's name and a notable tree, possibly one marking a boundary. Another suggests that it is Celtic - either from “colen” (place) or “colomb”: the Church being dedicated to St Columba, a Celtic monk. It is recorded in the Domesday Book (1086) as “Colentreu”. The village has always been small. The enclosure map of 1780 shows only 13 houses and farmsteads, with orchards and spinneys. Unusually, the main road of the village (High Street) isn't a through route, ending just past the church at one end, and in a footpath to Blisworth at the other. This has contributed to the enclosed, self-contained feel of the historic village core.

The High Street forms the main part of the conservation area. The overall appearance of the street is of two-storey domestic properties with a mix of different ages from the 17th century onwards. The traditional warm colours of the local ironstone and limestone combined with mellow brick predominate in the historic buildings, and many of the later infill buildings have been constructed in matching or sympathetic materials. The oldest buildings utilise the dark, iron-rich Northampton sandstone ornamentally banded, as at no. 43 High Street, with cream limestone. This banding of stone is distinctive and found only on local buildings of high status. Buildings constructed from the early 19th century onwards add brick to the stone: some good examples can be seen at the southern end of the village.

Roofs are predominantly of Welsh slate. Older buildings with steeply pitched roofs will have formerly been under thatch, of which only a single example now remains – the Wooden Walls of Old England public house.

Along the eastern side of the High Street the garden walls form a continuous frontage of limestone along an otherwise irregular building line. On the opposite side, development is set further back from the road and has rather less continuity, reflecting the later, more piecemeal development of this side of the street.

An impressive sycamore dominates the view of the Church of St Columba at the northern end of the High Street. The church dates from the 12th century (with the usual history of later additions and modifications), the present structure replacing a previous (Saxon) edifice. The interior is brightened by a clerestorey on the south wall, which enhances the view of the open stonework in the main aisles of the church. Across the road is the small Victorian primary school, with its neat bell-tower.

Barn Corner, leading westwards from the church, is a pleasant lane with high stone walls, winding round the 18th century (former) rectory. The narrow pavement has stretches of blue brick paving – an increasingly rare survival. This short lane ends at a footpath to Milton Malsor, with good views to open countryside, while a bridleway to Wootton goes off to the north, bounded by a high brick wall which once formed the western boundary to the Grange. Nothing now remains of Collingtree Grange except the gate lodges on London Road. The house was built just to the north of the church in 1875 by local brewer Pickering Phipps, but was demolished in the 1960s.

Boundary walls play an important role in creating the special character of the village. Splendid examples include the high stone wall bounding Sargeants Lane and the Rectory walls at Barn Corner. Walling materials mirror the range of brick and stone used in the buildings and their tops display a wide range of traditional capping techniques. 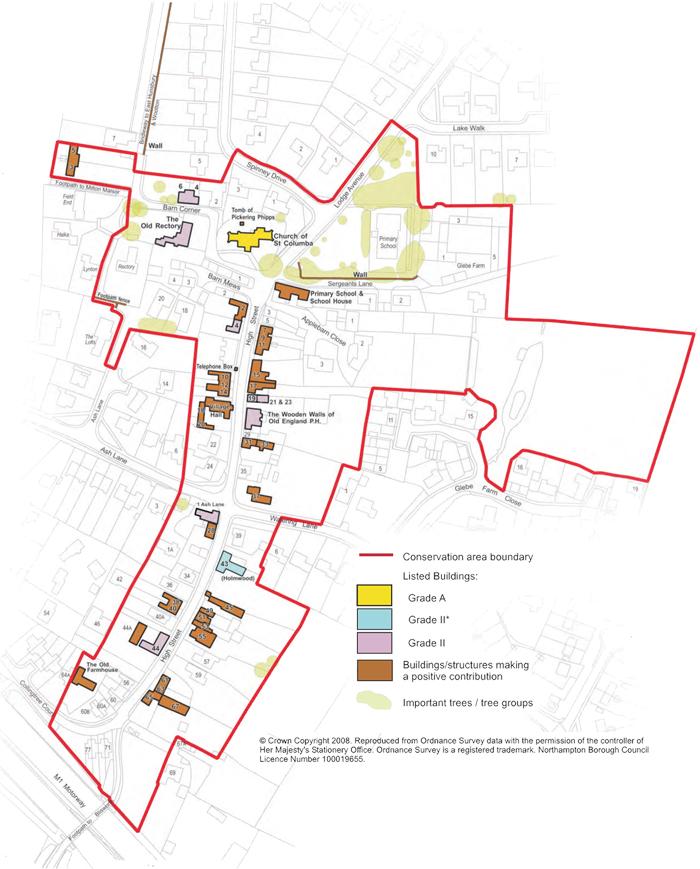