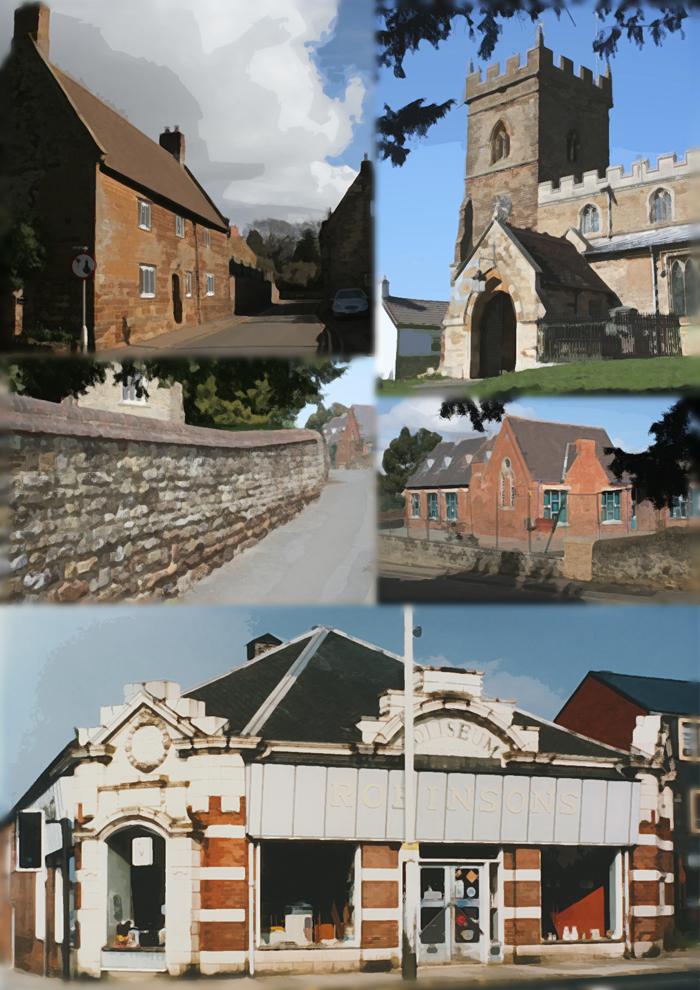 Listed as “Witone” in the Domesday book, probably from the Anglo-Saxon for settlement in or by a wood. Wootton has had a long and untroubled history as a small farming community adjacent to the main route from Northampton to London. The route through the village to the royal hunting grounds at Salcey Forest must also have been of importance when the monarch was staying at Northampton Castle. The manorial rights in the village were generally split between two or more families from other villages, although there was a manor house in medieval times opposite the church (Farm Close).

Wootton occupies a favourable southern slope in fertile farmland. The central part of the village, bounded by High Street, Sunnyside and Green Lane appears to be constructed on a mound, possibly artificial. This mound is split by Church Lane, possibly reflecting the division of the Domesday settlement between two ownerships. Reference to a "Parson of Wootton" in 1150 suggests the existence of a church before the 13th century Church of St George the Martyr was built, and the tower of the present church shows evidence of being a survival from an earlier structure. The proximity of Wootton to Northampton, coupled with good communications, has made it an attractive place to live and recent years have seen the ever-expanding urban area of the town creep round to encompass the old village.

A school was established in the village in 1838, at 34 High Street. This was replaced by the present school in 1872. Water came from wells in Water Lane, the bottom of Church Hill, and corner of Quinton Road. Piped water and sewerage only arrived in Wootton in 1946. Gas arrived in 1921. The villagers’ reluctance to adopt the Gregorian calendar in 1752 led to St George’s Day being celebrated in the village on May 4th up until the 1930s.

The High Street provides the central spine of the conservation area, which comprises the core of the old village, some 16 acres (6.5 ha) in extent. The topography of the area is quite varied, creating unexpected vistas and glimpses.

Some of the atmosphere and character of the original rural village still remains in the narrow street, with its raised pavements and sharp bends, winding side lanes and compact groups of cottages. Rebuilding and infilling over a period of time in the older parts has resulted in an attractive mixture of styles and materials.

In the oldest part of the village the quieter lanes off the High Street contain old sandstone houses, red brick and colour-washed cottages, mature trees and stone walls. The parish Church of St George the Martyr stands roughly midway along High Street, at the highest point in the conservation area, and is visible from many parts of Wootton and from many areas outside the village.

The surrounding churchyard contains several fine yews. The High Street contains many of the older buildings in Wootton. The approach to the village from the north end of High Street rapidly narrows into the main village street and runs downhill between distinctive raised pavements to the crossroads at the centre. The area round the crossroads is the commercial hub of the village.

Architecturally, Church Hill is an attractive street, by virtue of its slope, narrowness and curve, and by the scale and character of its buildings. These consist mainly of small stone or colour-washed cottages and are dominated by the church and the former rectory (now Old Rectory Mews).

In Green Lane, the 18th century stone farm buildings and cottages on the southern side contrast with 1950s semi-detached houses opposite. On the western side of Green Lane is the Recreation Ground, a small triangular green, one of the few open spaces in the old village.

Further along the road broadens and narrows periodically, with two small islands of green at the junctions with Church Hill and Sunnyside.

Sunnyside is flanked by high stone walls for much of its length and most buildings are set well back from the roadway.

The area contains several groups of mature trees. These are mainly in the well-established gardens of the older properties, notably at the southern approach to the village in Green Lane and surrounding the church. Many trees in the village are fully mature or aging, and a replacement programme which establishes new trees well before the time of felling will benefit the conservation area. 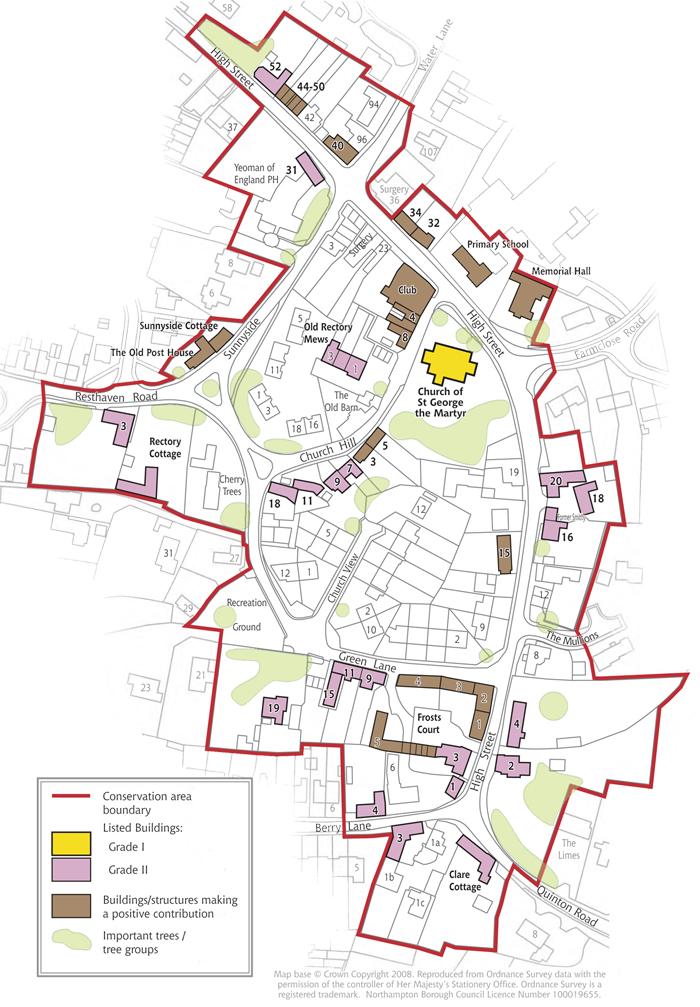