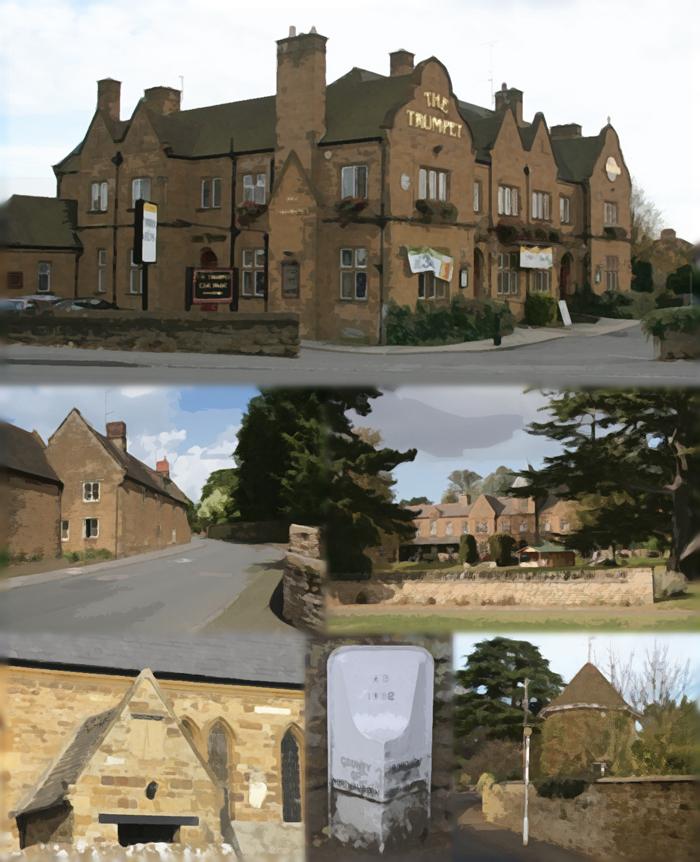 Weston Favell is situated on the northern valley slope of the River Nene about 3½ miles to the east of the town centre, immediately to the south of the main road to Wellingborough.

The village is mentioned in the Domesday Book as “Westone”. “Favell” comes from a 13th century lord of the manor. Weston Favell was largely an agricultural community. A number of farms were located in the village and analysis of census information indicates that between 70-80% of the population were employed in agriculture. The parish was enclosed in 1666 and there is no evidence of any real objection or dispute, with the lands divided between the principal landowners. A glebe terrier of 1627 lists the lands as Watergall Feelde, Weedmore Feelde and Nether Feelde. A number of the furlong names (such as Ridgeway, Greenway and Thorplands)are still evident in the locality today. For a long period, the village was noted for its cherry orchards.

According to the 1811 census, Weston Favell contained 70 houses and 350 inhabitants. By 1901 the population had grown to 561. It wasn’t until the 1930's that the expanding edge of Northampton crept up to the village boundary.

Weston Favell was incorporated into the County Borough in 1965, and has since been completely surrounded by modern residential development.

The core of Weston Favell village retains the character of a quiet rural backwater, despite its location in the centre of a large urban expansion area. The original plan form was linear, leading south along High Street from Wellingborough Road to a focal point at St Peter’s Church and the settlement clustered around this area. The Northampton to Wellingborough Turnpike Road was established in 1796-7. Two inns, the Trumpet Inn at the top end of Church Way, and The Three Horseshoes (long demolished) were clearly taking advantage of the passing traffic along the road. Gradually, at the beginning of the 20th century, a second arm of the village grew north along Church Way, linking the Trumpet Inn with the area round the church.

The village is self-contained and compact and its historic development as a rural agricultural settlement is still much in evidence. A number of former farms are located throughout the village, particularly to the south end of High Street and Church Way.

The oldest building is the Church of St Peter, which consists of a nave, south porch and chancel with a coped tower at the west end dating from the late 12th century, of Transitional Norman character. There remains the stump of a spire which was destroyed by lightning in 1726. The Church is enclosed by a triangular road system and bounded by a stone wall.

A special characteristic of the area lies in the numerous walls built of local stone, which are a major unifying feature.

No. 48 Church Way, formerly the Rectory, is a red-brick house, a short distance from the Church, rebuilt in 1758 at the instigation of the Rector, James Hervey, famous in his day as author of “Meditations Among the Tombs”, a popular and influential religious book of the time. Sadly he died before the construction had been completed.

The group of buildings around the church includes The Grange, The Priory and Hervey’s Cottage, listed buildings constructed in local stone and surrounded by trees and high stone walls. This area provides the most pleasant views in the village.

The upper section of High Street contains a further group of important and listed buildings, mostly small stone cottages crowding the narrow High Street, these being interspersed with larger houses set back within their own grounds. Weston Favell, perhaps due to good communication links with the town centre, has attracted recent renovation schemes and infill developments, such as Hollyoak Terrace, Gable Court Mews, and The Mews. These have generally recognised, and attempted to retain, the village character, unlike Kestrel Close and The Smithy, which are anonymous modern housing developments. 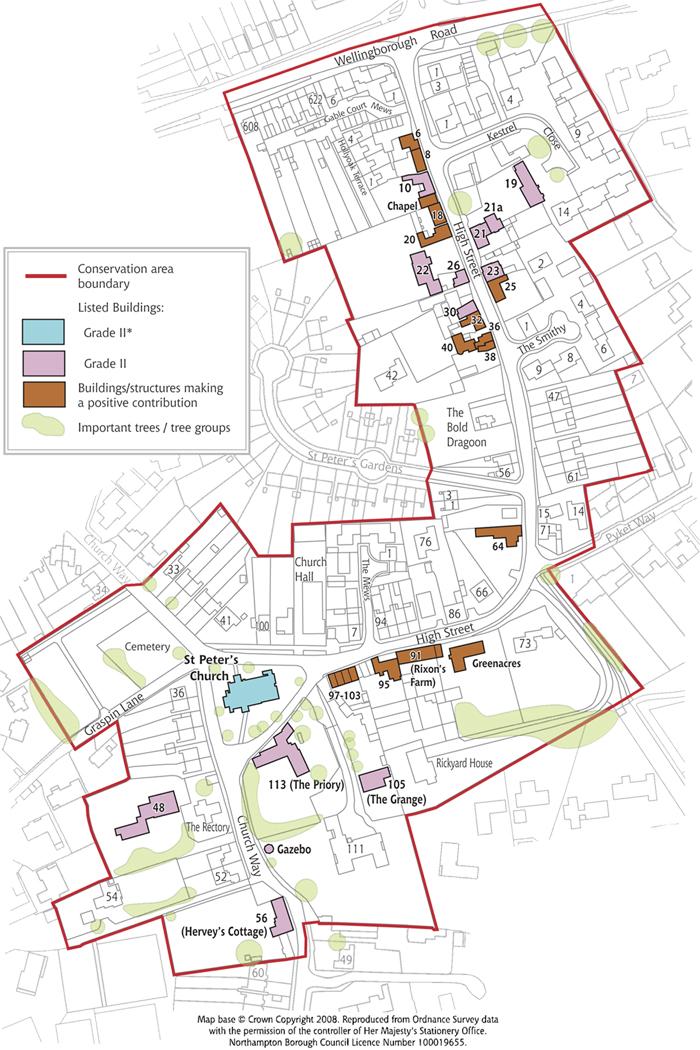