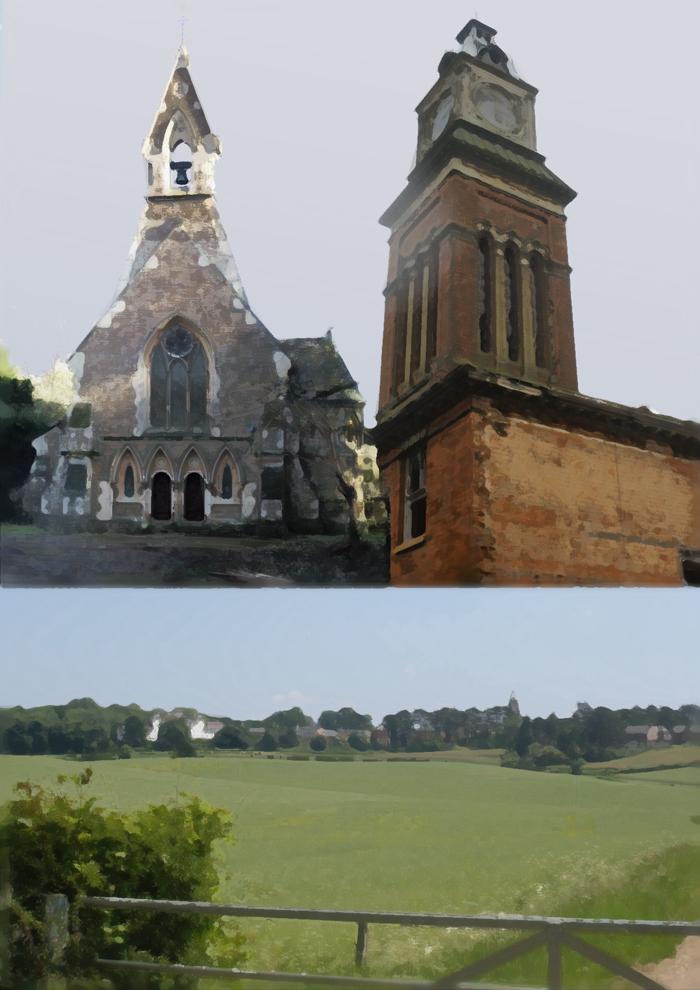 Berrywood Hospital, as it was originally known, was opened In 1876 at a cost of £150,000. It is an early example of the Victorian move away from 'bedlam hospitals' to occupational therapy. Like many institutions of that period, the hospital was completely self-contained with its own working farm, a market garden, shoemakers, tailors, carpenter and upholsterer.

It wasn't until the National Health Service Act of 1948 that changes In the management structure of the hospital led to the name being changed from Berrywood to St Crispin. The Hospital was a leading light In the development of treatment for the mentally ill, most importantly abandoning straitjackets in favour of a more home-like atmosphere, a library and activities for the patients.

The extensive grounds surrounding the hospital were originally used as a form of therapy for the patients. Exercise areas were marked out and recreational facilities such as the cricket ground, which still survives, were established.

Today the hospital is no longer in use and plans for its conversion are in prospect.

St Crispin Hospital is remarkable for being a complete lunatic asylum complex with both buildings and parkland surviving intact. Indeed, the farm Is thought to be the only remaining example of that type of facility in Britain.

The Hospital is set in its own extensive grounds to the northern end of the village of Duston. The Conservation Area extends from the rear of Southfield Road in the east to the bridleway LB8 in the west. To the north, Berry Wood is all that remains of the historic woodland shown on 19th century maps to cover the whole of the site prior to the development of the hospital.

This diverse woodland is acknowledged as a site of important nature conservation value. The elevated position of the Hospital site means that the landscaped grounds to the south and west of the main buildings afford wonderful views over the Nene valley. The peaceful and secluded spaces of the green and cemetery and the open land on the cast of the site establish the importance of the Hospital grounds in their own right.

The red brick buildings that make up the majority of the Hospital complex have been described as vaguely Rhineland Romanesque In character. They were designed by Robert Griffiths, the County Surveyor of Staffordshire with later additions by Gotch, Saunders & Surridge, a local firm of architects based in Kettering.

At one time St Crispin was said to be one of the finest examples of a pavilion-style hospital in Europe. The south facade of the main hospital features a 190 foot clock tower. It is an important feature of the site and regarded as a local landmark. There are two listed buildings on the site, Connolly Lodge (the former Isolation Hospital) and the Chapel. The interior of the Chapel features decorative panels depicting Arthurian legend which were painted in 1954 by Northampton artist Henry Bird and GHB Holland. 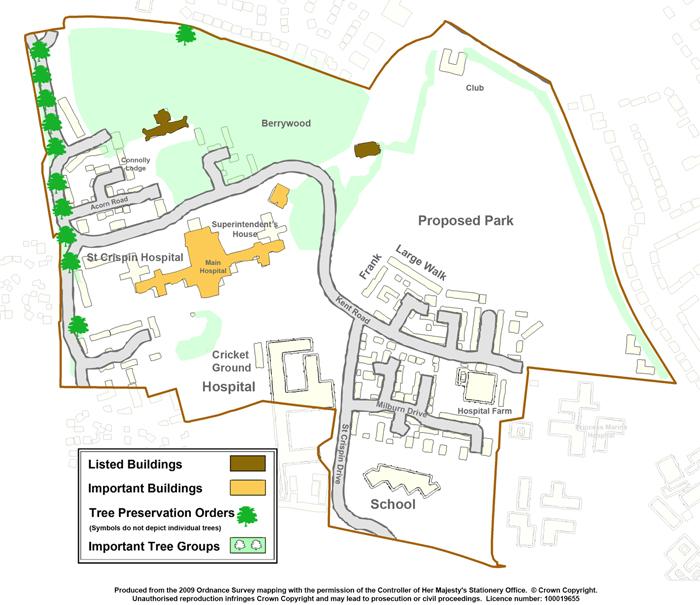