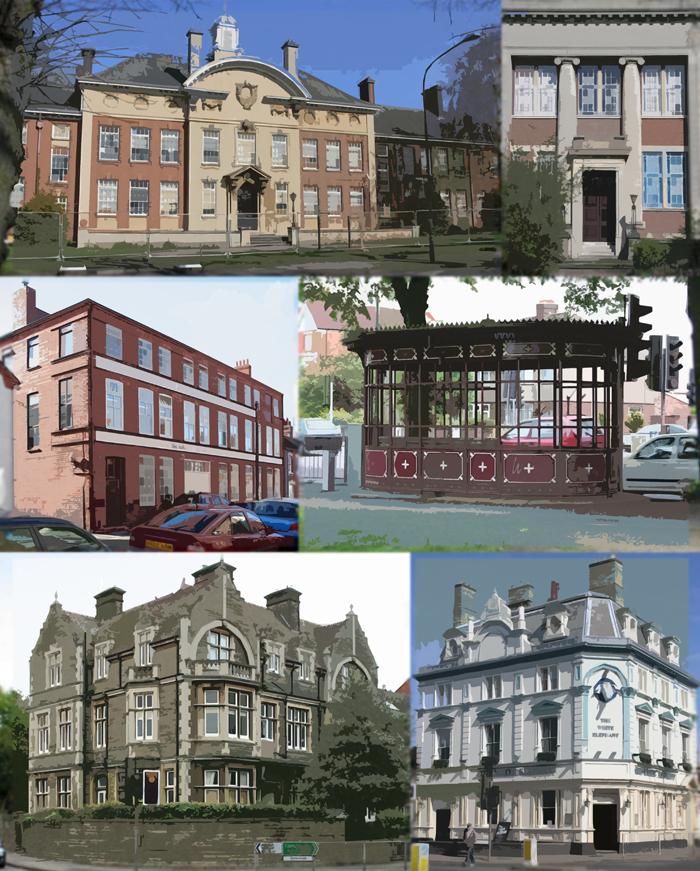 The Racecourse provides the focus for the early history of the Kingsley area. Horse races were held here from 1770 until 1904, attracting visitors from a wide area. At this time, Kingsley Road was known as Gypsy Lane, from the gypsies who camped along it on race days (hence also the nearby Romany Road and Romany public house).

The White Elephant public house was built in 1883 as the Kingsley Park Tavern, a residential club for racing people. When racing ceased it lay empty for 18 years, during which period it acquired the local name of "White Elephant".

By 1889, development along Kingsley Road had reached as far as junction Road, and much of East Park Parade followed during the 1890's. The oldest properties on St George's Avenue (nos 106-128) appear on the 1885 OS Edition, but without the actual roadway, which was laid down sometime before 1900. Much of St George's Avenue is of later date - here 1920's and 30's infill is much in evidence.

The area of Kingsley derives its name from its position as an outlying corner of Kingsthorpe manor (owned by the monarch but leased to the inhabitants) "Kingeshala"- king's nook.

Once part of a high quality residential area, the properties have a unity of architectural style resulting from their scale and character, simplified classical detailing with occasional flourishes of Victorian Gothic, and range of facing materials. Distinguished features such as fine Victorian red brick and stucco, stone or rendered bay window fronts, ornate entrance porches and doors, decorated gables, lancet windows, handsome corbelling and wrought iron balconies give a tone of grandeur to the area which allies with the spaciousness given by the Racecourse. The Gothic revival influencing a new trend in detailing such as pointed porches, arched openings, door panels with fixed lights above can be seen here. Some buildings also display the use of stained glass to fit the fashionable Gothic designs. Columns, pilasters and gable ends adorned with ornate capitals are included in the design of many buildings. The tree-lined St George's Avenue, Kingsley Road and East Park Parade, together with the adjacent green space, also help in creating a unique assemblage of Victorian houses of remarkable character and association.

Over the years little change has occurred to the front elevations and the area has retained much of its dignified Victorian character, and the properties generally are well-maintained. 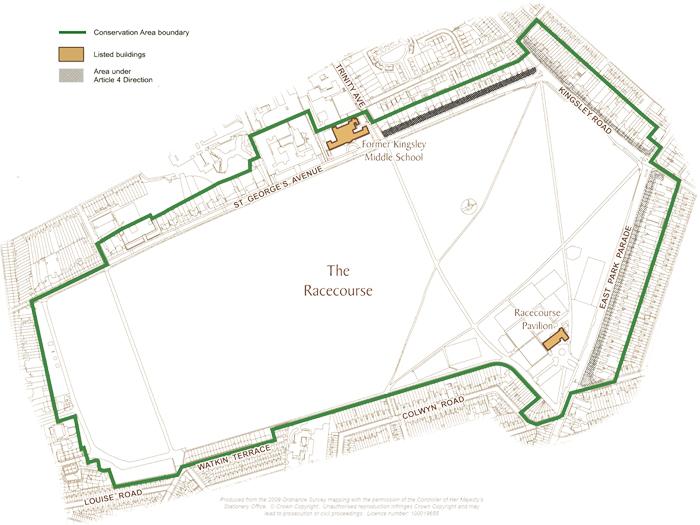