We are required to reassess conservation areas on a regular basis and consultation on a review of Derngate Conservation Area was undertaken between 14 January and 24 February 2019.

The re-appraisal was adopted by Cabinet in June 2019. 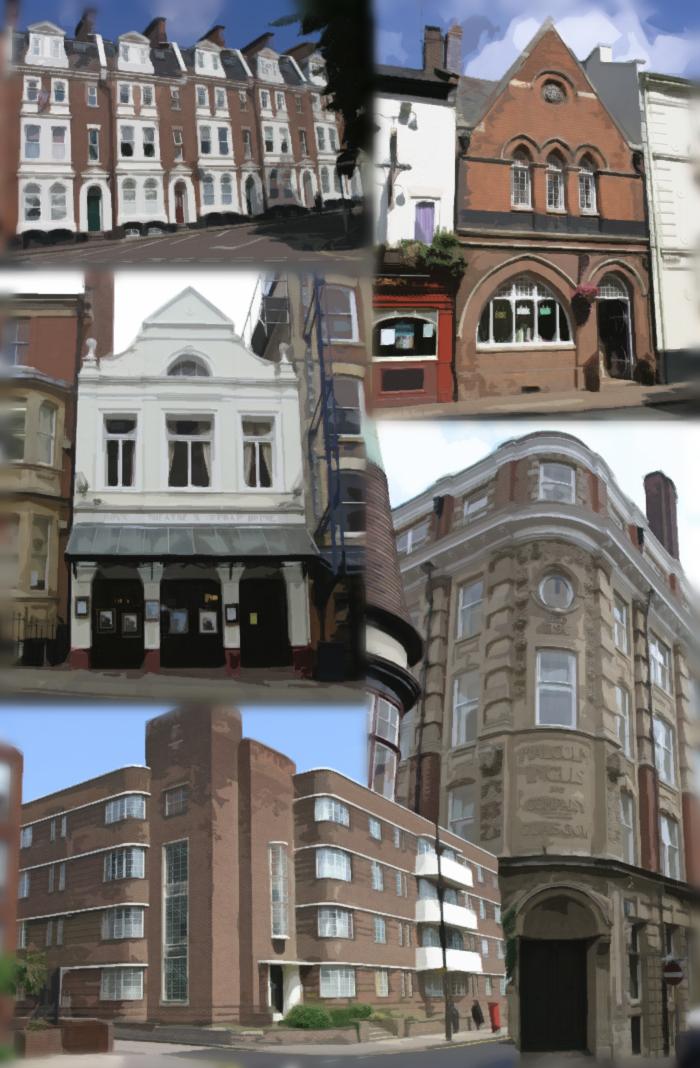 Derngate, known up until the 19th century as 'Darngate', is the only road in Northampton to retain its original gate name. Den, or Darn is derived from the old English word for water - Derngate being the gateway to the river and wells. Derngate has also been known in the past as Swineswell Street, and the eastern section as Waterloo, up until comparatively recently.

There are no buildings of great antiquity in this conservation area, all housing succumbed to the Great Fire of 1675. Most of the buildings of character stem from the 19th century.

Derngate stands at the busy south-eastern approach into the town centre. Linking to the Bedford Road, it has always been an important thoroughfare, though much of today’s traffic now diverts around Victoria Promenade.

The area extends from the tree-lined Victoria Promenade in the south-east to the busy shopping area of St Giles’ Street and Fish Street to the north-west where it adjoins the All Saints’ Conservation Area. Much of the architectural attraction of this area stems from the wealth of early- to mid-nineteenth century terraces, formerly the homes of Northampton’s trades and professional families, but now, being too large for present domestic purposes, mainly given over to office use. This change has proved beneficial in ensuring the upkeep and restoration of buildings without a significant alteration of the façades, and the result has often been an enhancement of the street.

In St Giles Street and Fish Street, small shops and pubs provide a welcome variety of styles. Of particular note are 33-45 St Giles’ Street, displaying a beautifully fenestrated terrace above some attractive shop fronts. The row was rebuilt in 1864 from much earlier buildings forming part of St Thomas’ Hospital Charity.

Guildhall Road has benefited from the refurbishment of some of the old warehouse buildings; the façade of the Phipps warehouse providing the outer skin to both the delightful little Royal Theatre with its gorgeously decorated auditorium by C. J. Phipps and to the Derngate Theatre, with its massive fly-tower dominating the area. Further down the street is the tiled façade of the 1936 offices designed for the Co-op, a grade II listed building now converted to residential use.

Adjoining the Derngate Theatre is Albion Place, a peaceful row of Georgian houses in a quiet backwater away from the traffic bustle of Derngate. At the lower end the architecture erupts into the more flamboyant Regency style with much cast iron ornamentation. The row enjoys fine views over Becket’s Park.

Derngate itself gains most of its attraction from the finely proportioned 19th century terraces, many of which have been sympathetically refurbished. One building of particular interest is no.78 Derngate, outwardly an unpretentious Victorian terrace house but internally remodelled by Charles Rennie Mackintosh in 1916. Typical Mackintosh lozenge designs can be seen in the doorway. The house has been renovated and is now open to visitors, together with nos 80 and 82. 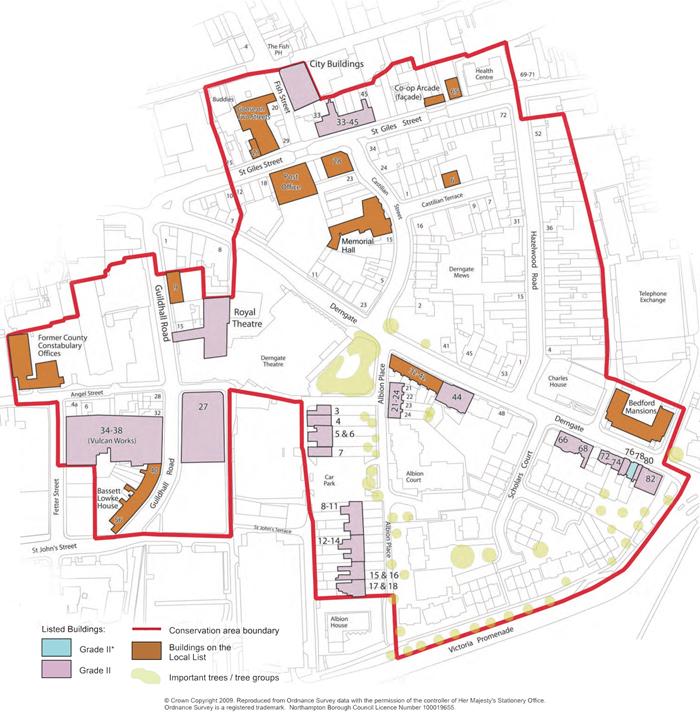