Northampton Borough Council has made an Article 4 Direction relating to development within the Barrack Road Conservation Area. Any objection or representation to the order should be made in writing by 5.00PM on 23 July 2020.

The Notice of Making and the sealed Direction can be downloaded through the links below.

We are required to reassess conservation areas on a regular basis and consultation on a review of Barrack Road Conservation Area was undertaken between 14 January and 24 February 2019.

The re-appraisal was adopted by Cabinet in April 2019. 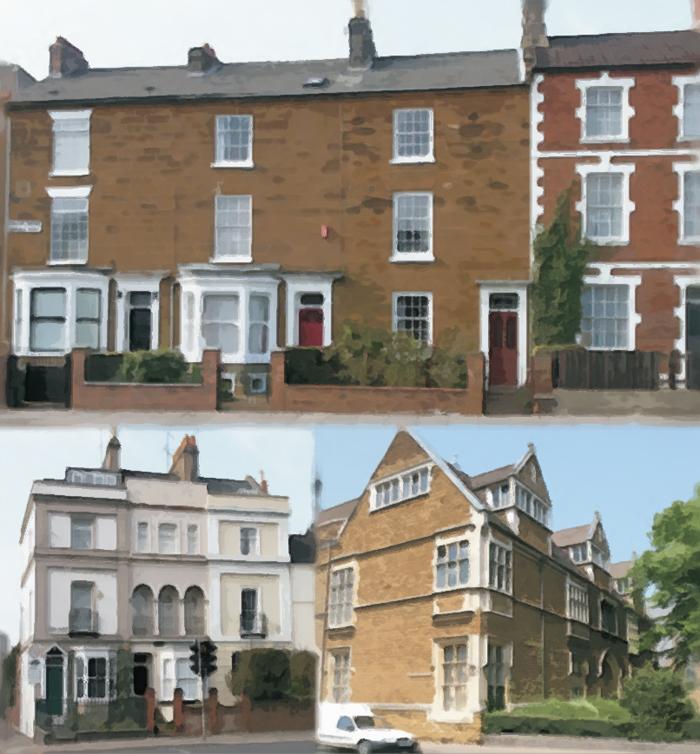 Barrack Road provides a splendid entry into the town from the north and is a perfect example of Northampton's grand era of town building in the 19th century. The conservation area extends along a half kilometre of attractive Georgian terraces, once the proud homes of Northampton's 'stout and wealthy' citizens. In the 1930's it was widely regarded as being the finest approach to Northampton, and the prestige associated with this regal terraced avenue has remained.

The name of Barrack Road is derived from the Gibraltar Garrison, the headquarters of which were established in the late 18th century as a cavalry barracks, and its large Irish contingent is thought partly to be the reason for the location of the Roman Catholic Cathedral in the vicinity. The barracks are located just to the south of the conservation area, and are now in residential use.

In appearance and design the conservation area is of high quality. With many of the buildings set well back it benefits from a sense of spaciousness, enhanced by avenues of trees. Although changes in housing needs have resulted in many buildings changing from family housing to flats or business use, a certain architectural pride is still discernible.

Entering the Barrack Road from the north the first encounter is with the Primrose Hill Congregational Church. Built in 1903 by Alexander Anderson, the building is of considerable interest, with its fine classical facade and with an unusual frieze detail. It is, however, no longer in use as a church, having been converted into flats in 2005.

Opposite is the flamboyant and impressive façade of the "Footshape Works", built in 1913 for Barratt's Shoes a magnificent piece of industrial heritage designed by Macvicar Anderson. As with so many of Northampton's shoe factories, shoes are no longer made here: it now houses a variety of light industrial concerns. Progressing further south, we pass St Paul's Terrace, Primrose Hill, Elysium Terrace and St George's Place. The names evoke the sentimentality and pride evident amongst the 19th century citizens. All four terraces have impressive large town houses and demonstrate the careful attention to detail and proportion typical of the best early and middle Victorian architecture.

The Roman Catholic Cathedral and Nazareth House provide a nucleus for the conservation area. Both are fine examples of 19th century architecture. The cathedral began in 1825 as a small chapel, and the nave was added in 1864 to accommodate the rapidly rising numbers in the congregation. In 1950, to mark the centenary of the diocese, work was commissioned to construct a new sanctuary transept and tower, resulting in the existing form of the cathedral. The adjacent Cathedral House was built at the same time as the chapel, in 1825: the Bishop's house (in Marriott Street) dates from circa 1880.

Nazareth House, next door to the Cathedral, is a large stone mansion built in late free gothic style, and currently used as a College. The Queens Institute, adjacent, is a splendid building providing substance to what might otherwise be a somewhat disjointed Leicester Parade.

Opposite is Langham Place (at one time 'Stonepit Close'), which must be considered one of Northampton's finest examples of terraced housing. The terrace provides an interesting variety of styles as a result of their being built over a number of years, rather than as a single block.

Adelaide Terrace and Leicester Terrace form the southern limit of the conservation area. Most of these buildings are listed and again date from the early part of the 19th century. Numbers 1-3 Adelaide Terrace form a particularly interesting group of buildings: although essentially separate houses they were built as a symmetrical group centred around a recessed balcony.

Across the road, The Poplars was once set in splendid isolation. The present building is of mid 19th century classical architectural form in yellow brick with stone dressings, but the site was originally occupied by 'La Belle Alliance' Cottage, named in patriotic memory of the Battle of Waterloo. The cottage has since been enlarged to its present mansion form: probably the only remnant of the original residence is the late Regency style cast iron veranda.

St George's Avenue and the south side of Marriott Street are later additions to the conservation area, and are both Victorian terraces. The Marriott Street terrace appears to have been originally designed as a single symmetrical composition, though never finished, and single storey garage units have been built in the gaps, giving the row a disjointed appearance. The red brick terraces along St George's Avenue are interspersed with a stone villa and two pairs of 1930's houses. 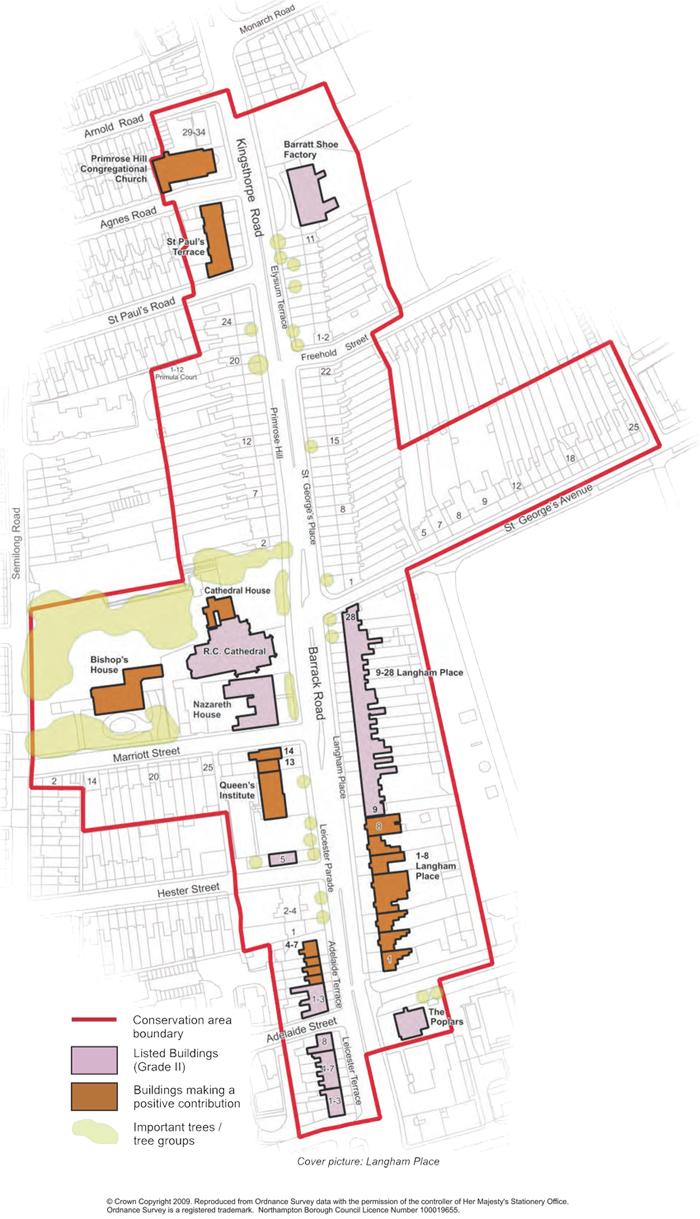