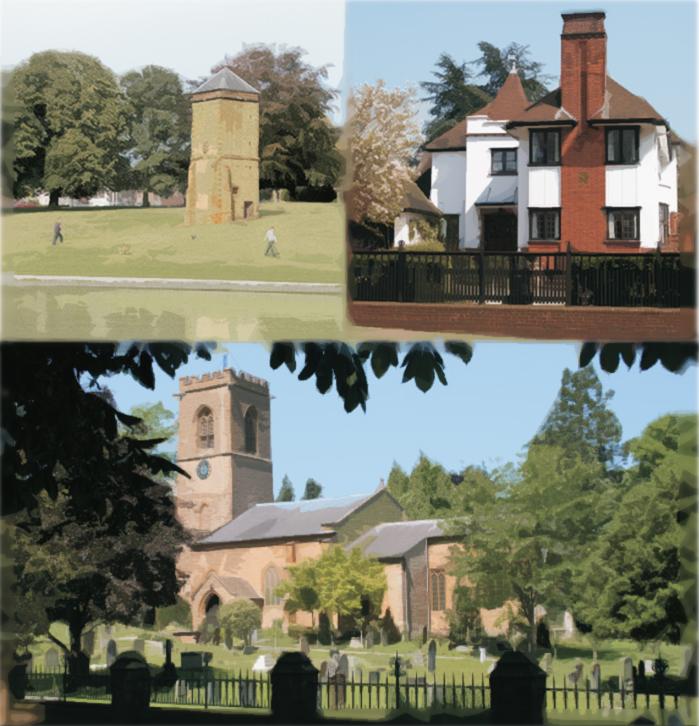 The scattering of buildings within the park is all that survives (above ground) of the village of Abington, which was cleared when the area was ’emparked’ in the 18th century.

The church of St Peter & St Paul was recorded in the Domesday Book, although the earliest part of the present fabric dates from the late 12th century.

Abington Abbey (never actually an Abbey) contains surviving elements of the original 16th century manor house, but was extensively re-modelled in the 18th century. Other significant buildings within the park associated with the Abbey include the 1678 water tower, which was a combined well-house and dovecote, the early 19th century hunting gate, and Archway Cottages. The 17th century thatched Abington Park Cottages were used as the rectory until 1846.

The manor house passed through several hands and eventually was leased for use as a private mental hospital in 1845, when it acquired the ‘Abbey’ name (as the “Abbey Retreat”). After the asylum closed in 1892 the owners, Lord & Lady Wantage, gave the Abbey and its surrounding parkland to the Borough of Northampton for use as a ‘people’s park’. Adjacent land was added, and the park was opened to the public in 1897 in commemoration of Queen Victoria’s Diamond Jubilee. The Abbey was converted into a museum, and the bowling greens and bandstand were established soon afterwards.

Park Avenue South was constructed around the same time as the creation of the park, as the spread of the growing metropolis approached Abington. Most of the houses facing on to the park date from the early years of the 20th century, with a healthy sprinkling of inter-war building and a number of modern dwellings.

The area consists predominantly of houses or flats surrounding the well-wooded expanse of Abington Park. There is a wide variety of architectural styles, from the late Victorian terraces of Wellingborough Road to some quite striking modern buildings to the south of the park. Most of the houses bordering or facing the park are substantial dwellings of individual character.

Perhaps the most famous of these is “New Ways” on Wellingborough Road, designed by P Behrens in 1926 for model-maker and modern architecture enthusiast W.J. Bassett Lowke. In Christchurch Road the buildings are of more modest scale, but the road is notable for its collection of buildings by Scottish architect Alexander Anderson, who lived in the area from 1905 to the 1920s, designing ‘Hillcrest’ for himself. Also by him are no. 38, ‘The Nook’, and nos 50 & 52, as well as ‘The Cottage’ and ‘The Bungalow’ round the corner in Sandringham Road. Anderson’s hand can also be seen nearby in Park Avenue South (no. 55), in a row where every building is individually designed. The earliest houses along Abington Park Crescent date from the early 20th century, when the road was laid out.

Here are found most of the modern buildings in the conservation area. The Abington Park Hotel is one of the few commercial buildings within the conservation area, and was built in 1898 by local architect Matthew Holding in a highly individual riotous French Renaissance style. The adjacent 3-storey terraces along Wellingborough Road were begun at the end of the 19th century, and quickly spread up to Abington Avenue.

Beyond this point the tendency is for imposing semi-detached villas. The short terrace making up Park Avenue also dates from this period, and conceals from view one of the hidden gems of the town, the single-storey Abington Cottages, erected in 1846 as almshouses, and designed in a Tudor style by E.F Law. 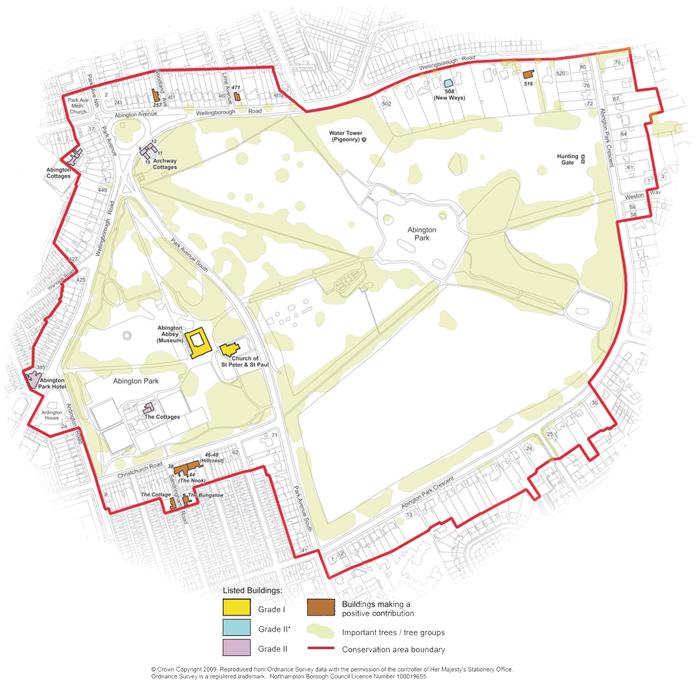