Northampton's history as a boot and shoe town has been well recognised since the 17th century. It wasn’t, however, until the advent of industrial processes that a significant and lasting effect was seen on the townscape.

From the middle of the 19th century, the industry developed with astonishing rapidity, resulting in the long rows of terraced housing and associated factory buildings and community facilities seen today surrounding the historic core of the town. These areas are very important in showing how the Victorians adapted to a new way of working and living - one centred round the factory.

The finest remnants of Northampton's boot and shoe industry can be found in the area immediately to the north and east of the town centre (around Lower Mounts up to the Racecourse, Abington Square and down to the Billing Road).

This area has the highest density of boot and shoe factories, the greatest survival of buildings (around 70%) associated with the industry, and the widest range of building types in Northampton.

The street layout and buildings within this area show the development of the boot and shoe industry from its origins as a home-based craft through to the establishment of single large factories employing whole teams of workers.

The street layout is regimented, with long straight rows of terraces which have long been considered commonplace and ordinary but are now recognised as having unique characteristics and importance.

The oldest surviving buildings are grouped around the area to the west of Overstone Road and the area to the south of Abington Square. Eight of the factories connected (or formerly connected) with the shoe or leather trades are listed buildings (nationally recognised as being of architectural or historic importance).

Many of the remaining former factories are included on the Council’s “local list” (which records buildings recognised as being of local importance). Only a small number of factory buildings now remain in the boot and shoe trades, most of the remainder having been converted for residential use.

The conservation area exhibits a number of distinctive features worth preserving. These include long straight streets with regular layout and continuous rooflines, the houses facing immediately on to the street with no front gardens; houses and industrial buildings sitting side by side, as you might expect from an era when most people would have walked to work; factories and specialist workshops of different sizes and types, with houses which are usually two-storey, and factories typically no higher than three; the factory buildings often have elaborate designs to illustrate their importance in the community.

A range of social, religious, educational and commercial buildings is intermixed with houses and places of work, providing for all of the community's needs. Chapels and churches occupy key locations dominating the views along the streets.

Corner sites tend to be occupied by significant buildings, including shops, pubs and factory entrances. The houses may appear uniform, but closer inspection reveals subtle differences of size and decoration, indicating the status of worker they were intended to house. Trees or public green open spaces are few. The whole adds up to a distinctive townscape of historical value. 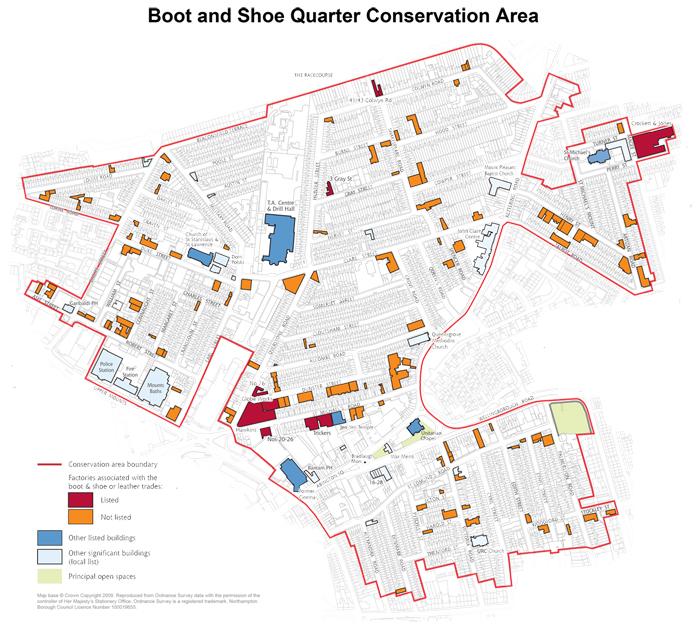 or email using the link at the bottom of the page.