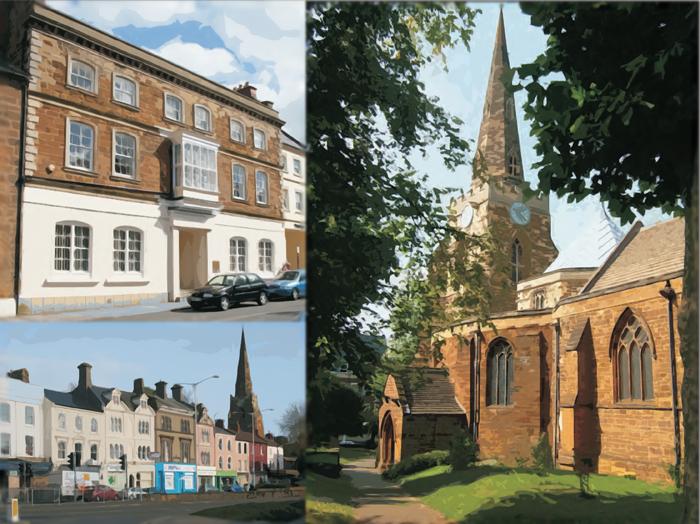 Before the Industrial Revolution changed the commercial face of England, Northampton featured as an important market town. In the northern part of the old town near the North Gate extensive sheep markets were held and this gave the central street of the area its name.

This small, peaceful Conservation Area is formed from part of the historic Sheep Street and is dominated by the soaring spire of the Church of the Holy Sepulchre. To the south of the Church the buildings date from the 18th century, or thereabouts, while to the north they are mostly 19th century. The modern buildings include Northgate House and the flats of Sussex Court, both uncomfortably close to the church. A recent development of flats between nos 44 and 50 (The Viewpoint) replaces a former garage. The absence of through traffic from Sheep Street assists in maintaining the quiet atmosphere, allowing visitors time to investigate the many interesting buildings.

About half of the buildings within the Conservation Area are listed, and over the years a great deal of restoration work has been carried out. An excellent example of this is shown in Oriel House. This is a replica rebuilt in 1982, replacing a dilapidated Georgian house. Despite misgivings from architectural and historical purists, the new building, though simpler in style than the original, is a success and has greatly enhanced the streetscape on the western side of the conservation area. Nos 41-43 and 52 have also been renovated and are now used as offices. Old photographs show that no.52 (Locock’s House) was once renowned for its impressive façade which included a vast porch over a raised pavement, locally known as ‘Locock’s Hill.

The Church of the Holy Sepulchre is one of the few remaining round churches in England. Only nine such churches were ever built, and today only four remain in recognisable form. The original church has a circular nave inspired by the Holy Sepulchre Church in Jerusalem, although it is likely that the particular form of this building was derived from the round churches and baptisteries of Northern Italy. The “round” of eight columns dates from c. 1100, and is probably the oldest surviving building in Northampton. A short north aisle was added around 1180. Early 15th century additions included a south aisle, the tower, and porch. Extensive additions and renovations were done by George Gilbert Scott in 1864. Much restoration work has been carried out on the stonework of the Church, which has been suffering the ravages of 20th century pollution. It is one of the most frequently visited buildings in the town, and is especially popular with overseas visitors.

North of the Church, along Regent Square, the character of the Conservation Area changes, and is a row of very interesting Victorian buildings achieves continuity through such features as window styles, providing a varied but cohesive piece of streetscape. 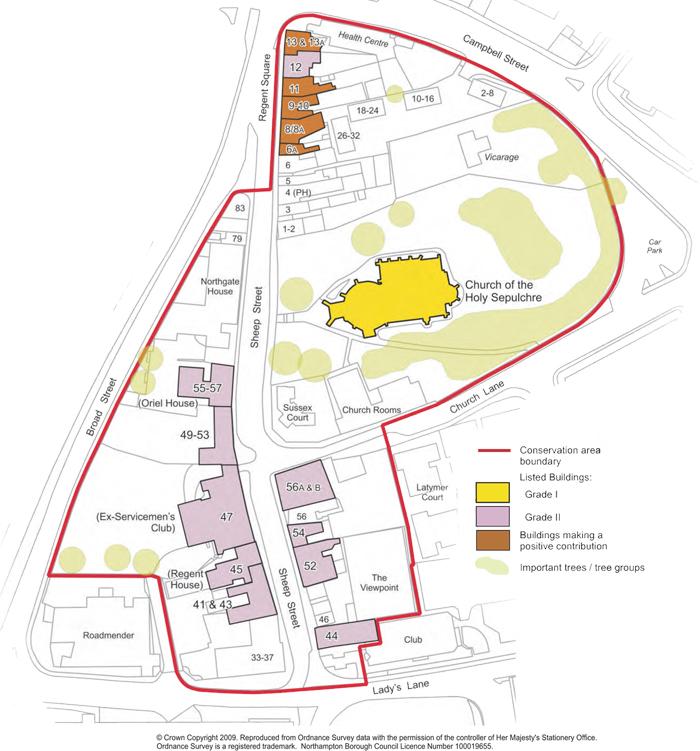